A beautiful small town setting to shoot trains is Landis NC, which is not too far from Concord NC. I hadn’t been out shooting in awhile and the weather on this Sunday was perfect.

NS P99 starts off the afternoon followed up by Amtrak 75, both southbound to Charlotte. NS 119 and 40W round out the afternoon.

Anyone who was using computers in the late 90’s to early 2000’s had a copy of WinAmp on their computer. What is funny is that I almost forgot about them till I read the article. Funny to reminisce about the brown square interface with green text, that “Kicks the llama’s ass.” Bang it here for the link.

The Google Nexus Q is a product I think will be dead on arrival, only in the houses of the Google ecosystem diehard. It seems like a second attempt at the Google TV idea, but less functional. In fact I’m not sure what the point of it is. If you want to see specs and less opinion, jump on over to ArsTechnica for their story. Here are my reasons for thinking the above (and I’m not the only one, Leo Laporte during his live coverage said as much):

Price: This shocked me when I read rumors on the price, but it was even worse when they confirmed it. The device doesn’t seemingly do any more than an Apple TV or Roku box would; yet it is three times as much? Granted it has a small amplifier in it, and a decent quality one is not cheap, but who needs that? If I am integrating it into an existing home theater I will use my speakers and amp that I already own.

END_OF_DOCUMENT_TOKEN_TO_BE_REPLACED

On Monday night Microsoft held a super secret event to launch their own tablet named Microsoft Surface. As one would expect it is a Microsoft branded Windows 8 tablet with some pretty interesting and original design, and a few original accessories.

The design is similar for both tablets, with the Pro version being a bit thicker and heavier. You can tell the Metro square theme is in full force with the design, employing 22 degree angles on the sides (which is important for what I don’t know) and seemingly hard edges. There is a kickstand built in to both allowing them to stand on their own in landscape mode. One differentiating feature is the pro model has a gap around the edges to let heat out, necessary with a Core i5 under the hood (this is not pictured anywhere on the surface site at this time, but was brought up during the announcement).

This is the consumer version of the Surface tablet, essentially an iPad competitor. It is a 10.6” wide screen display, which no actual resolution numbers have been given. The weight at 676 grams is around the weight of the OG iPad and it is about .1 mm thinner. It will be Tegra 3 powered and should have respectable battery life with a 31 Watt-hour battery. The RT version has a microSD (not SDXC like the pro), a USB 2.0 port, and will come in 32GB and 64GB varieties. The omission of a 16GB model strikes me as a way to position it favorably price wise with the more expensive versions of the iPad at those sizes without having to lose money on a $499 model.

In the same style chassis, albeit a thicker and heavier one, is the Pro tablet. This is the one more like a real computer. It will come with a Core i5 processor, full HD screen (again the actual resolution has not been released), USB 3.0 port, and Mini DisplayPort. All in all it seems as if this is the perfect device for someone who doesn’t really use a tablet all that often and will mostly be docked on a desk with a real keyboard and monitor.

The Pro tablet to me makes less sense. It seems like it is a hot rod that they shoe horned into an econobox chassis. I fail to see how a Core i5 based computer running a full version of windows will last more than an hour or two with a 42 Watt-hour battery. Or, if it has great battery life, it will be a performance kludge. They also don’t state how much RAM the tablet will have and being real windows it will need a good portion if it is to feel responsive with a gimped CPU. For a device that is to offer No Compromises, I fail to see how it won’t.

Now that I have brought up the “No Compromises” tagline, I really think Microsoft is going to be bit hard with this one. They say it is running Windows on a tablet, which is true, but which version. What I mean is, they have to realize a lot of people are going to buy the ARM version of this tablet. They are going to think it is a hell of a deal being priced like an iPad, but getting the “No Compromises” of Windows. And then they are going to try to put the Windows software they already own on it. At this point they will realize it is not a Windows tablet. As the frustration of why this won’t work slowly rises from a simmer to a boil, they will go online and do some searching and find out that they really needed to buy the much more expensive pro tablet if they want to use their existing software. Inevitably in their anger, they return it and buy a iPad or an Android tablet.

The Verge has a great write up about the rise and fall of Palm. Having been a former Handspring Visor and Palm Treo Pro user, there is a small part in my tech heart for the company.

Click here for: Pre to postmortem: the inside story do the death of Palm and webOS 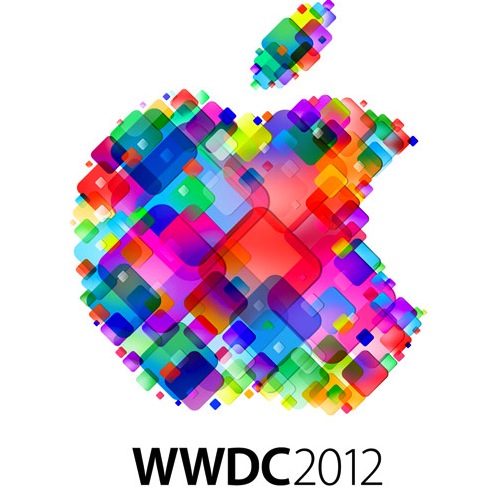 In a few days, we will find out who has the best record of predictions when Tim Cook and Co. take the stage for the WWDC keynote. The guys at Cult of Mac have listed their predictions, but like any person, I feel the need to put my own two cents in. I’ve re-jiggered their list as it is pretty comprehensive given the rumors that are out in the ether. END_OF_DOCUMENT_TOKEN_TO_BE_REPLACED

Amazon has released a firmware update for its current generation Kindle.  It brings it to version 4.10 and among the important features is a new font. 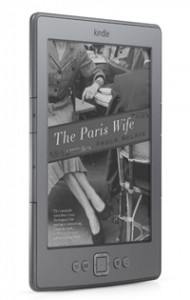 Personally the font does seem to be a bit crisper than it was previously, but some may not see much of a difference. What is also noticeable is there seems to be less ghosting of previous text if you don’t have full refresh on page flip enabled. It also has grouped all the dictionaries into one group which is nice.

It hasn’t auto pushed to mine yet so I jumped here to download it and install it manually.